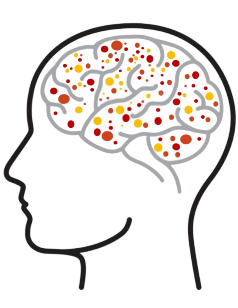 About this research study:
The purpose of this study is to assess the safety and preliminary efficacy of an anti-cocaine vaccine called dAd5GNE in cocaine-dependent individuals.
This is a Phase I dose-ranging, placebo-controlled, double-blind study assessing the safety and effectiveness of an anti-cocaine vaccine called "dAd5GNE vaccine". The vaccine is designed to prevent cocaine from reaching the brain by evoking "immunity." The vaccine induces an immune system response and stimulates the creation of anti-cocaine antibodies. The antibodies bind to the cocaine molecules when a person takes cocaine and prevents the cocaine molecules from reaching the brain, therefore, reducing the effects of cocaine.

Click Here to See if You are Eligible
Additional Information
Why is this study being done?

Cocaine abuse is a major societal and medical problem, for which there is no effective therapy.

Accrual will be random, with no bias as to gender or racial/ethnic group. Because the accrual process will be random, it is possible that there may be differences in the proportion of males and females and racial/ethnic groups among the study individuals. All subjects will be concurrently participating in behavioral therapy programs run by the study Psychiatrist's clinical team. Each case will be reviewed with the Eligibility Committee, comprised of three investigators other than the Principal Investigator (PI), to determine eligibility. The PI will not participate in this process.

The study will take place over a period of 32 weeks from the time of the first vaccine administration with an additional follow-up in 1 year.
What will happen if I participate in the study?

In total, you have the opportunity to earn up to $2400 for participation in this study. Qualified participants may receive study-related tests and individual counseling.
Will it cost me anything to participate in this study?

There will be no cost to you to participate in the study.